When I look at people clairvoyantly, I see the beauty of their whole being, their soul, all-encompassing and brilliant. It shines through to me, like a bright light, like sunlight on my face. But when I try to tell them this, or when they speak about themselves, so many people deny they are anything other than flawed and broken. They are filled with their own shadow self, which, in their eyes defines them. That light that I see, is overcome by the dark they focus on. Yet from what I have been shown by my spirit guide Rama, beyond this flawed physical, black and white, negative and positive duality, there is no resistance, there is no negative. That is to say beyond this physical world, is an existence without opposition, and without contrast. Contrast is anything that ‘Is Not’ us. Without contrast we would not know how to love the self. It is a necessary process of acceptance of the self, through the observation the ‘other’. For example I am short, but I only know I am short because I stand next to someone who is tall. Yet working with the contrast in the world, has a negative affect when we do not accept who we are. This negative affect is the creation of the shadow self. This shadow self contains all the negative behaviour that is  a direct result of  lack of self love, which means the light of who we are becomes blocked by the shadow self, created by self rejection. What our purpose here on earth to do is to love the self despite the state of separation and duality. This is what makes our light shine brightest.

There are processes we can go through to allow our light to shine bright, but first of all, let’s look at what this light is. Well, it is your divine self, devoid of baser human needs and desires. It is the deepest peace you feel without distraction, it is joy without attachment, love without expectation and acceptance based on the simple fact that you exist. Your light is a light straight from Source that flows down through the crown chakra into the heart chakra then crystallizes outwards, as an inward to outward creation of the physical expression of your being. This light is what holds your body in physical existence. It is the very reason you breath. So then, if this is the case, how did we get to be this way and why are we not living as divine beings, if that is what we are created from?

When we were created, we lived as divine beings, but then, when we densified, we became conscious beings with free will, a being that could say ‘no’, that could say ‘I choose not to love’, that could express individuality instead of a collective consciousness. Our thoughts became our own and we became independent of the spiritual beings that we existed alongside and who guided us every day through direct contact. These spiritual beings, call them Interdimensional beings, Angels, highly evolved Spirits, which ever you choose, were seen by us as we see each other now. But as our bodies became used to the sharp lines of physical reality that was forming in Gaia’s realm, we began to only see that which was not us. We began to see with eyes that tuned only, into the reality we live in now, the Maya, as Rama calls it. Once we did this, duality came into play, and through that which is not, through densifying and becoming separate from the spiritual realm, we lost our direct connection Source.

Now during this development into a physical world, darkness  played an important part in this process of free will because there had to be something that we could choose, that was not from the light. The point being, it would not be free will if we always had to choose the light. We learn to love in the most profound way possible when love becomes a choice. And what is it most of us struggle to do? Feel self love. The shadows and contrast are there to block the light by placing us in a position where we choose the light. I hope this makes sense because it has taken me years to see that I am not a victim, because I have had to choose to clear myself so the light shines through and so I live in the light as much as I can, which means I am not as dictated by shadow self, as I once was, even though my shadow self is still part of the human me and so, I accept it. But the question is, how do we tackle the shadow self to allow the light of us to shine through? We do it by consciously and lovingly removing the blocks that ‘block’ out the light. Let me explain….. 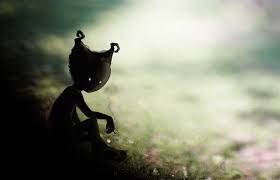 Imagine a beautiful crystal clear bowl, sitting on a table, in a room. Now imagine a single light inside that crystal clear  bowl that shines so bright it fills the whole room, lighting everything up, covering all the walls with a warm glow. Now let’s place a stone inside that bowl next to the light, which blocks the glow a little and casts a tiny shadow on the white walls of the lit up room.

Please know that nothing can put that light out, this is a universal law, but then imagine another stone placed next to the first one, let’s call these two, guilt and shame, and see in your mind’s eye, another tiny shadow cast, creating an even bigger shadow. Then continue placing stones around that light; rejection, abandonment, bullying, betrayal, and watch as the light becomes blocked and can no longer shine through the huge pile of stones, that now fills the whole bowl, and completely covers that beautiful light. The room is now dark, yet the light still exists, hidden inside that bowl. Now on the other side, the spirit guides and Angelic beings can see through those stones and the light shines as bright as ever. Yet from our side, in this world, the stones are dense and seem too heavy to move, and so we sit, in a dark room without light, held within the archetype and vibration of victimhood. This is what happens, when human beings, who face contrast and duality on a daily basis, do not know how to remove the stones that create the shadow and eventually block out the light.

My guide, Maria, the Lady From The Light, says that the perception we have in the Now is created by all of the preceding experiences we have been through over linear time and this has constructed a view of our reality. But it is not Truth. So we have to deconstruct these perceptions by going back to their source and then reevaluate their purpose. We need to ask; do the experiences that have created our perception, really have Truth? If not then we discard them. If they do sit in Truth, then we do the following; we accept their existence as having served some purpose. We forgive their existence and then we let them go, in the knowledge that they no longer need to dictate our perception in this new Now.

Stone by stone, we do this, taking each one out separately making an I Am statement, even if others are seen to be the cause, as in; ‘I Am responsible for its creation in some way, because I have created my reality’, and then we place this stone, in our mind’s eye, by a river bed, or under a tree and give it to Gaia, for our earth mother to hold for us. So, as each stone is taken out, the light is uncovered and slowly revealed. It is visible, and free, and able to shine again. We have taken responsibility for the stones we have placed in our crystal bowl and removed them one by one. But what needs to be truly understood, is that the key to this healing, to removing the shadow and giving them to Gaia, lies in acknowledging that the shadow exists, that it is necessary for our growth and then to see it clearly for what it is, a human failing only and not who we truly are. 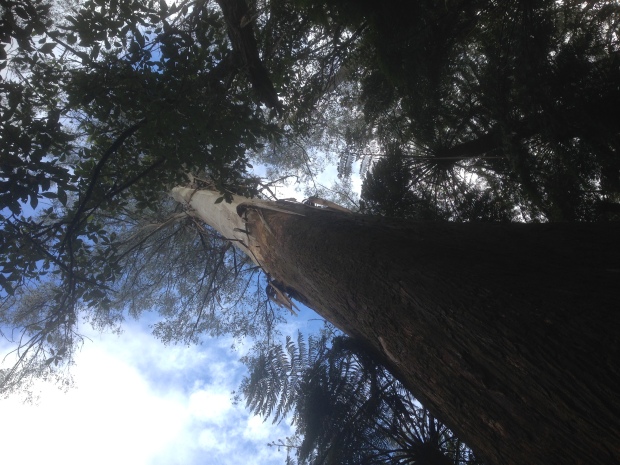 On this plane, denial is the biggest block to our light. In archetypal knowledge in Tarot, The Devil’s greatest power lies in his ability to trick human beings into thinking there is no way out and what binds them to this belief, that there is no way out, is denying what blocks us. The stones that we have gathered belong to us, as our creation so we are never a victim and we are never stuck, because, using our free will, we can always take them out. We are loved and cherished beyond our wildest dreams, by the spiritual beings that sit in the realm which permeates this one, yet is invisible to the human eye. So accept your shadow self and do not be afraid of it. Rama tells me nothing negative sticks when we pass over, only the lesson remains and we will get to see how we have lived in our life review and learn from it. So start now, start the process of removing the shadow, one stone at a time because one tiny stream of light always, always attracts more light and this  will start a momentum of bringing in more light, one spark at a time, eventually filling the room. Nothing is ever lost, least of all us, so…..let your beautiful light shine, as the divine being you are.

Bronwyn looks at life through the eyes of a psychic. Although this is not something she calls herself lightly. It is something she has come to terms with over the years. Here she shares her day to day experiences as she strives for a spiritual life.